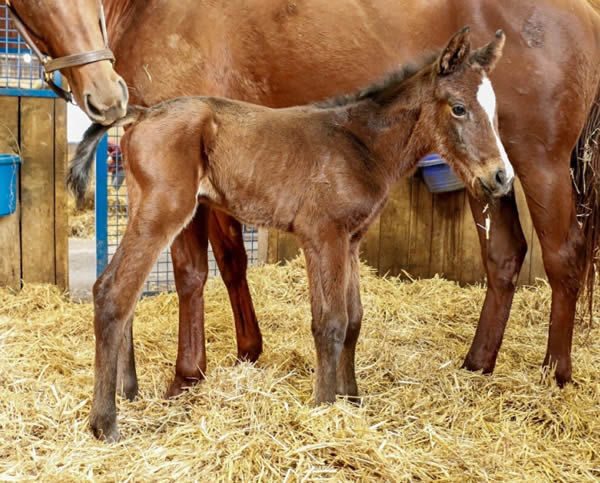 “This filly has good substance and quality. She has lovely angles and is a very pretty filly,” said Matt Jackson, farm manager of Forever Spring Farm. “We’re super excited to breed back to Bolt d’Oro.”

Campaigned by Mick and Wendy Ruis, Bolt d’Oro began his career with three emphatic victories as a 2-year-old, including back-to-back Grade One wins. After capturing his 6 ½-furlong debut at Del Mar, he jumped into Grade One company to decisively win the Del Mar Futurity (G1). In his third start, Bolt d’Oro stretched out around two turns in the FrontRunner (G1) at Santa Anita and dominated his rivals to the tune of a 7 ¾-length victory.

In his 3-year-old debut, Bolt d’Oro won the San Felipe (G2) over McKinzie. He retired to Spendthrift with earnings of $1,016,000. Bolt d’Oro, a $630,000 Saratoga Select yearling, is out of the multiple graded stakes-producing A.P. Indy mare Globe Trot and hails from a top Claiborne Farm family.

Bolt D’Oro covered over 100 mares in Victoria at Spendthrift Australia last spring at a fee of $13,750.

You have successfully subscribed to the newsletter

There was an error while trying to send your request. Please try again.