For the past 15 years, G1 Goldmine has been a valuable pedigree analysis tool for thoroughbred industry professionals. An innovative product from its inception, it is set to break new ground again in the coming months under the guidance of a fresh management team.

The ability to present complex information in a simple and effective way has been a hallmark of many successful companies in the digital era. With that in mind, Matthew Ennis, who has assumed the role as Managing Director of G1 Goldmine, is excited about the opportunity he has to innovate on what was already a well-respected pedigree analysis tool.

“We try and allow the user to identify winning patterns in a pedigree and we try and make that as simple and effective as we can for them,” Ennis tells TDN AusNZ.

“We try and allow the user to identify winning patterns in a pedigree.” – Matthew Ennis

“We don’t offer any guidance and we don’t rate any horses. We only give them the tools to make the decisions.”

Under founder and previous GM Leo Tsataronis, who had a background of software engineering, it was developed to offer subscribers a level of pedigree analysis which had not previously existed. He also built the Stallion Match product, for stallion farms to utilise on planning of matings.

“It took off from there,” Ennis said. “He travelled and did workshops and developed the user end, which is the G1 Goldmine package, which is where the individual can sign up and dig as deep as they like into a pedigree and find the patterns themselves.”

Our #4×4 analysis on #TheEverest field. There are some absolute rippers in there and NO RED CELLS!x=insuffient data to analyse. 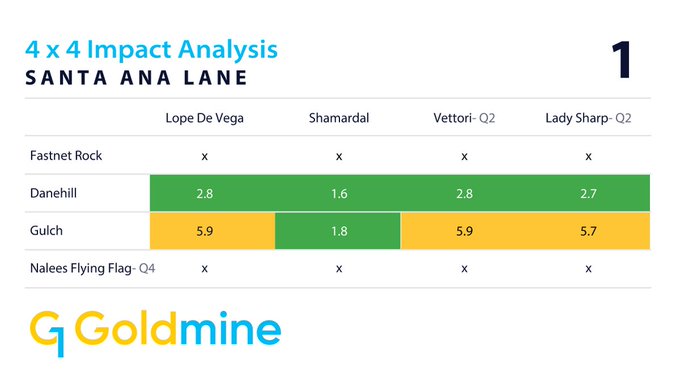 With a rich mine of data available, the subscriber base grew both in Australia as well as overseas.

One of the subscribers of the product was McEnnis Racing, a burgeoning syndication business run by Ennis and John McDonald for the past five years.

The more Ennis used the product, the more he saw its potential for further development and after a protracted negotiation period of over a year, he and several investors have taken over the company, with Tsataronis departing last month.

“We are now updating every facet of the business with user experience as the end goal,” Ennis said.

“My background is in multimedia design and as it stands the product looks like it’s been designed by a programmer. So now we are in the process of merging that technical side with a really slick front end design which makes the whole experience a lot more streamlined.”

The other aspect which will be significantly changed is the outward communication and marketing of the G1 Goldmine and Stallion Match products.

“At the start of the year, we are hoping to launch a new site, which is going to be really exciting. It’s going to be fully featured in terms of a help centre with videos on every facet of every tool. We are going to upgrade the G1 subscription as well,” he said.

Building on what has come before

While it might appear on the surface as more of a revolution than an evolution, Ennis is keen to emphasise the changes are about capitalising on what has been built before and providing an upgraded experience for users.

“A lot of our competition are stuck where we are now, in that they have products that have been designed and developed 10 years ago and are still stuck in that rut,” he said.

“A lot of our competition are stuck where we are now, in that they have products that have been designed and developed 10 years ago.” – Matthew Ennis

He recognises the competitive advantage G1 Goldmine already has is that it is able to analyse data at any point of a pedigree and the new iteration of the product will look to capitalise and expand on that.

While the launch of the new product will see significant user experience enhancements, it will also add features which have been in testing for the past six months.

“We’ve got an innovation plan and we will be constantly offering upgrades and changes. We have a six-month innovation cycle, where we do six months of testing and we analyse the numbers and if it passes it gets pushed out, and if not, it gets shelved but at least every six months, there will be new features,” Ennis said.

The Stallion Match portal will also be getting a substantial upgrade, giving the farms that use it an increased level of insight to use in planning or marketing of their stallions.

“The farms, like Darley, they sign up and sponsor their stallions. We are going to be developing a new environment for them where they can get real time feedback on any stallion, not only the generic stuff, like stakes-winners and runners to winners percentages and stuff, but really pedigree specific search stuff,” he said.

“They can also get insights on what mares are being searched for on each of their stallions and what are the common crosses, or common bloodlines, people are looking for.

“It gives them the understanding to do marketing, but it’s also about spreading their risk, ensuring their crop isn’t too narrow and is as broad as possible.”

“It gives them the understanding to do marketing, but it’s also about spreading their risk, ensuring their crop isn’t too narrow.” – Matthew Ennis

Ennis said his team have been working closely with the stallion farms in recent months to ensure Stallion Match fulfils the brief for them.

And he sees that as an exciting expansion opportunity for the business, particularly internationally.

In terms of G1 Goldmine, the subscriber base is already quite diverse, with about 35 per cent based in Australia, a similar amount in the USA and the remainder in Europe, Ireland and the United Kingdom.

As an operator of a thoroughbred business himself, he does bring a level of customer insight into this role. 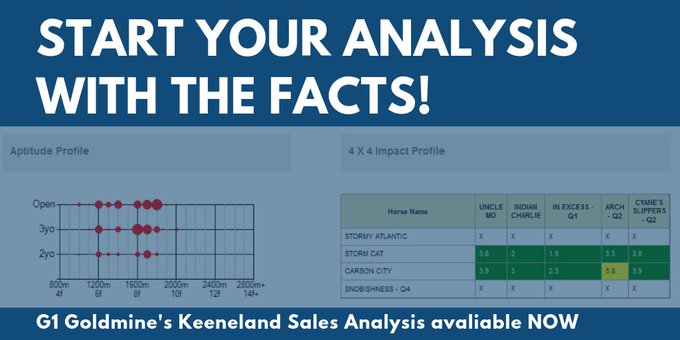 He cited the example of McEnnis Racing, where the pedigree match powered by the insight of G1 Goldmine, is only one third of what they assess when looking at a horse to invest in, with type and environment making up the other two thirds.

“Our tool isn’t meant to be the be-all and end-all,” he said.

What he does see, with the re-invention of G1 Goldmine, is the capacity for it to become relevant to a broader range of users, including more syndicators and trainers, and even in time, those involved in wagering.

Behind it all, is the ability to present data in its most consumable form.

“Data has become the most valuable resource and those companies that can provide that in a way that’s most understandable, then look out!” he said.

“This is a very exciting opportunity.”

Mills Reveals his hand in Vow and Declare